Global Epistemics is a transdisciplinary series established in partnership with Rowman & Littlefield, that aims to foster, promote, and disseminate empirically grounded and theoretically ambitious research on knowledge as a cultural and natural phenomenon.

The series invites individual and collaborative works that efficiently transgress contemporary disciplinary boundaries across the historical, social, and natural sciences, to fruitfully advance our understanding of the nature, history, politics, pragmatics, and normative dimensions of human knowledges – their constitution, co-evolution, diffusion, cultural and material impacts, forms, and uses – as well as their relation to non-human knowledges and to evolving socio-ecological environments. We also invite approaches to animal (human and non-human) cognition that can redefine classical philosophical questions on knowledge and knowing, or delineate new areas and horizons for philosophical and ethical inquiry, on the basis of advanced empirical research and new research methodologies.

Grounded in an anthropologically holistic understanding of knowledge that encompasses its ideational, artistic, institutional, and material manifestations across history, as well as the full spectrum of historical modes of practical and intellectual validation (from ‘prehistorical’ to ‘modern’ paradigms, practices, and technologies and from ‘ancient’ to ‘modern’ science), the series also approaches globality simultaneously as totality, extension, and connectivity. It thus aims to advance naturalist, artisanal, and historical epistemologies beyond classical ontological and temporal divides; to explore the patterns of epistemic emergence, diffusion, and exchange across historical times, geocultural spaces, ecological contexts, and sociopolitical configurations; and to investigate modes of knowing and doing that illuminate human commonalities while making sense of our differences as manifestations of our cultural and behavioural plasticity.

The series welcomes empirically grounded and intellectually robust contributions that serve its mission, regardless of their methodologies, conceptual frameworks, levels of analysis, temporal scope, or specific objects of investigation. This includes investigations of contemporaneous natural and cultural structures, processes, actors, and media of epistemic activity, as well as studies inscribed in the longue durée or deep-historical time, or addressing past or present knowledge from a comparative perspective. We are looking for projects that can speak to audiences across academic specialties, whether they aim to initiate new transdisciplinary work, disseminate the results of such research, or develop ambitious syntheses.

In addition to its transdisciplinary ambitions, the series hopes to showcase, and facilitate access to, cross-sectorial contributions to the understanding of human and non-human knowledge, especially in domains wherein epistemic activity is strongly grounded in artisanal, social, and technical praxis. We therefore encourage the submission of projects that engage with, and include, epistemic actors beyond the community of academics, scientists, and scholars, without deviating from the series’ commitment to robust research standards and clarity of scholarly communication. Such projects will be subjected to the same process and expectations of academic peer-reviewing.

The series will publish three types of works in the first instance while exploring possibilities for additional formats in the future:

Monographs should speak to audiences beyond narrow disciplinary or subdisciplinary territories, jargons, and debates. Reworked doctoral dissertations are welcome if they meet the series’ standards and serve its mission. Co-authored monographs that combine fields of expertise are strongly encouraged.

The series editor is particularly interested in collaborative work, especially scholarship that is genuinely cross/transdisciplinary in its methodologies, perspectives, and insights, rather than merely multidisciplinary. Volume editors should clarify in their proposal how this is achieved in the work as a whole.

Reference volumes that are in line with the series' mission and transdisciplinary spirit are welcome. The series editor is open to innovative modes of exposition that facilitate the dissemination of state-of-the-art scholarship as well as pedagogical and research training.

We are interested in showcasing advanced research that is grounded in historical and empirical investigations and aspires to make important epistemological, conceptual, or theoretical contributions to knowledge studies, regardless of methodologies and methods employed. Projects that are entirely grounded in analytical, speculative, or argumentative traditions should be addressed to other series in the RLI catalogue.

The Global Epistemics series is part of gloknos’s wider transdisciplinary mission and is organically integrated into the Centre’s research and dissemination structure. Work published in the series will benefit from gloknos’s other existing and forthcoming dissemination channels (annual lecture and seminar series; blog; podcast; YouTube channel; magazine), but the editor also aims to initiate, foster, and support collective transdisciplinary projects at the earliest stages of their formulation well in advance of the writing and publication phase, by facilitating whenever possible the organisation of workshops at different stages of the research and writing process. The point is to enable the constitution of genuinely transdisciplinary scholarship that organically grows out of cross-fertilising conversations and adds up to more than the sum of its (disciplinary) parts. Researchers who are interested in developing or joining such collaborations should contact the series editor directly.

Projects can be discussed with the series editor prior to the submission of formal proposals; proposals should be submitted to the series’ commissioning editor, Natalie Mandziuk (nmandziuk@rowman.com) as well as to the series founding editor, Inanna Hamati-Ataya (ih335@cam.ac.uk).

Stéphane Dufoix and Eric Macé, eds. Toward a Non-Hegemonic World Sociology: A Handbook. 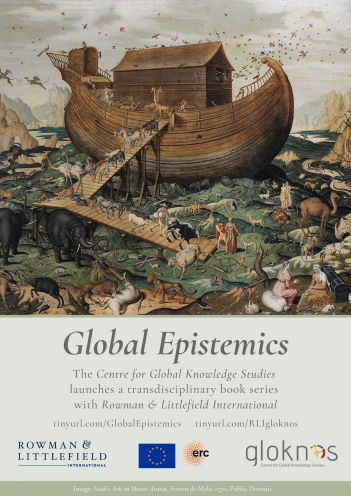