Dr. Anna Cant is a Latin American historian with expertise in twentieth-century politics, cultural history and rural development. She is a Teaching Fellow in the Department of International History at the London School of Economics and Political Science, where she lectures on US-Latin American relations and the history of the Cold War in Latin America.

Dr. Cant gained a PhD in History from the University of Cambridge in 2015, with a doctoral thesis on land reform in Peru. Throughout the twentieth century, unequal access to land gave rise to intense political struggles across Latin America, where it was viewed as the principal question of wealth distribution and political rights. Dr. Cant’s thesis used oral history and archival research to examine the political changes generated by Peru’s 1969 agrarian reform. A monograph based on the thesis is under contract at University of Texas Press.

A key issue underpinning Dr. Cant’s research is how ideas of development emerge and are communicated among rural populations. Her most recentproject , The sound of modernity: radio education in rural Colombia, 1960-1980, focuses on Radio Sutatenza, a Catholic organisation that pioneered the use of radio to educate rural populations. The project looks at how notions of ‘rural modernity’ were constructed and received in the Colombian countryside in the context of the global Cold War, divisions within the Church, the Green Revolution and changes in the world economy.

Dr. Cant has taught in the UK and Colombia, and received scholarships from the Arts and Humanities Research Council and the Leverhulme Trust. She is on the editorial board of the journal Historia Agraria de América Latina. 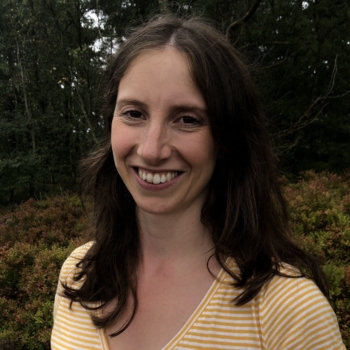