Her current research explores ways and problems of knowing in international politics, specifically in conflict and intervention politics, as well as the use of arts-based methods in studies of international politics. In these areas, she has published among others on the ways of knowing and role of the influential think tank International Crisis Group in global politics (Third World Quarterly 35:4, 2014), on the role of knowledge production in conflict and intervention (Journal of Intervention and Statebuilding 11:1, 2017), and on politicians’ fieldtrips as a way of knowing in politics (JISB 10:1, 2016). She has also been involved in the organisation of a number of textile exhibitions in the UK, Germany and Sweden, among them most importantly Stitched Voices, which explores embodied and affectual forms of knowing and transnational knowledge diffusion through conflict textiles. 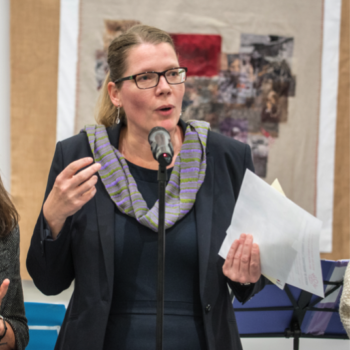