Devyani Gupta is a Leverhulme Early Career Research Fellow at the School of History, University of Leeds, UK.

Devyani’s research emphasises the importance of inter-imperial networks and throws light on entangled histories of communication, knowledge-transmission and commodity exchange. Her research interests prioritise the writing of new social histories, by reconstructing the lived colonial experience through a study of everyday structures of rule and governance, economic extraction and bureaucratic organisation.

Her current postdoctoral project is titled “The Domestic and Global History of British Indian Opium, c. 1800–1930”. It proposes to uncover the trajectory of British India’s opium trade by studying connected histories of shipping, labour, business, education, and religion. This project will highlight the role of indigenous tribal communities and peasant cultivators in writing not just area studies narratives, but also global histories of imperialism.

Previously, she was a Global History Research Fellow at the Platform for Global and Transregional Studies and an affiliate of the Centre for Modern Indian Studies at the University of Göttingen, Germany. Her project on the “Postal Networks of India and the Global British Empire, c. 1860–1920”, sought to provide new insights into histories of transnational infrastructures and their global networks.

Devyani was the Commonwealth Scholar in History at St. John’s College, Cambridge and obtained a Doctor in Philosophy from the Faculty of History at the University of Cambridge, UK. Her doctoral thesis was entitled “The Postal System of British India, c. 1830–1920”. It highlighted the centrality of networks of communication and exchange to processes of state building and empire in British India.

Prior to that, Devyani completed her MPhil in Modern Indian History from the Department of History, Delhi University. She has taught modules at the undergraduate level at both Delhi University and the University of Leeds.

Devyani’s research interests include colonialism and Empire, South Asian history, global history, the Indian Ocean World, inter-Asian connections, the formation of knowledge societies, histories of science and technology, social histories of the political economy, histories of spatiality and timekeeping, and histories of archives and record-keeping. 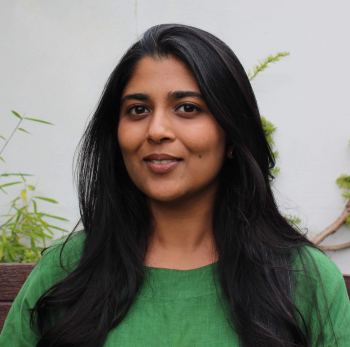