Dr. Eugene Costello is an archaeologist and historian whose main research interests lie in the landscapes, farming practices and social structures of rural communities in later medieval and post-medieval Europe.

He was awarded a First-Class Honours BA by University College Cork in 2011 and an MA (Distinction) by University of Sheffield in 2012. He received his PhD from National University of Ireland, Galway, in 2016, having undertaken interdisciplinary research on seasonal movements of people and livestock, known as transhumance, in Ireland from the late 16th century to the early 20th century. Since then he has worked as a National Endowment for the Humanities Postdoctoral Fellow at University of Notre Dame in the USA and has taught medieval archaeology at NUI Galway. His postdoctoral research has investigated the social implications of seasonal movement to upland pastures, highlighting the agency of young women as herders of dairy cows at shieling sites in Ireland, Scotland and Scandinavian countries. He has also recently edited the first-ever book on the historical archaeology of transhumance practices across Europe.

Currently, Dr Costello is Postdoctoral Fellow in Environmental Humanities at Stockholm University, where he is launching a new research project on the adaptability of upland farmers in northern Europe over the medieval-to-modern transition as they interacted with wider economic and climatic changes. This forms part of an exciting new cross-disciplinary initiative which looks at the origins and implications of living in the Anthropocene from the perspective of humanities, law and social sciences (see www.su.se/hvmf). At the same time, Dr Costello is completing a book manuscript under contract at Boydell and Brewer and he maintains a secondary interest in the history and archaeology of rural Christian worship. Moreover, having grown up a farm, he is keen to use his research to support the identity and heritage of rural people in the present. 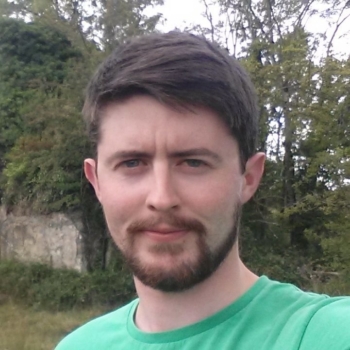