Jana Bacevic is a sociologist and an anthropologist. Her work is in the domain of social theory, sociology of knowledge, and politics of knowledge production. She is interested in the ‘social life of concepts’ (from theoretical to vernacular) – an approach that has affinity with social epistemology and history of ideas, but emphasises the lived experience of production, use, and contestation of concepts. She has published extensively on the social and political elements of the production of knowledge, especially in the context of transition/social change.

Jana’s current work explores the constitution of subject-object relations in knowledge production, and the dynamics of involvement/detachment and proximity/distance, especially in the context of the production of critique. She is completing a thesis on the critique of neoliberalism in UK higher education and research, and developing a project that engages with forms of epistemic positioning in the context of prediction, anticipation, and thinking about the future.

At gloknos, Jana convenes two reading groups that explore different facets of these questions: Ontopolitics of the Future, which engages with the political ontology of the Anthropocene, and Knowledge and Digital Capitalism, which focuses on the political economy of changing modes of knowledge production. 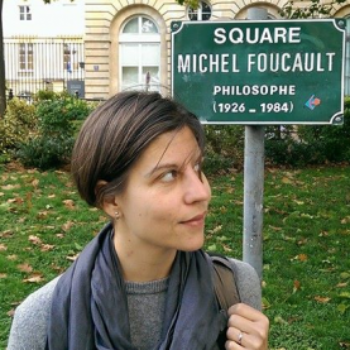