Jonas Hagmann is a Swiss National Science Foundation (SNSF) Ambizione Fellow, Senior Researcher and Senior Lecturer at the Institute of Science, Technology and Policy, ETH Zürich. He is also an Associated Researcher at the Center for Security Studies, ETH Zürich, the Centre for Advanced Security Theory, University of Copenhagen, the Global Governance Centre, The Graduate Institute (IHEID) Geneva, and the Department of World Politics, MGIMO Moscow.

Jonas' work focuses on the rationalisation, handling, and democratisation of security politics and international affairs. At the state level, he analyses the interplay between representations of international danger, their political contestation, and the design of foreign policies. At the sub-state level, he investigates the reconfiguration of security professions, the democratisation of security policy processes, and the adaptation of material/immaterial security dispositives to urban sites. Transcending levels of analysis, Jonas also looks into competing concepts of insecurity and the disciplinary organisation of ‘international knowledge’ in general. This research draws on qualitative and quantitative methods and is grounded in critical International Relations and comparative Political Science.

Jonas' current research focuses on European and non-Western urban security politics. As an SNSF Ambisione Fellow at ETH Zürich’s new interdisciplinary Institute of Science, Technology and Policy, he investigates the evolution of integrated urban security dispositives, their relations with democratic ideals writ large, and their dependence on political regimes, cultural values, and traditions of urban planning. Jonas is also an associated member to a comparative analysis of foreign and security policy teaching in Russia, Canada and Switzerland, a research endeavour funded by the SNSF and the Russian Foundation for Humanities, and led by IHEID Geneva and MGIMO Moscow. Furthermore, he continues to capitalise on a completed SNSF multi-year project grant, jointly led with Stephan Davidshofer and Amal Tawfik, on the transnationalisation of knowledges, fears and careers in European national security affairs. 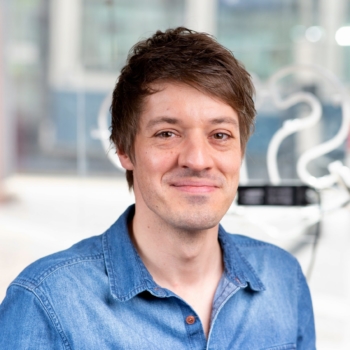