Joseph is a PhD candidate at the Department of Geography, University of Cambridge.

His PhD research examines the existing forms of labour related to the cultivation of palm oil in Colombia, and in particular of workers' and peasants' experiences of financialization through forms of credit and debt, as well as international commodity price movements. Broadly put, he is interested in the territorialisation of finance and agrarian changes triggered by processes of financialisation

Recently he completed fieldwork in Colombia and Jordan, exploring the political economies of war and the politics of development and humanitarian assistance. In Colombia, he has undertaken fieldwork in the regions of Cauca, La Macarena and Montes de María (all severely affected by armed conflict), mapping encounters between identity disputes and liberal peace building; dynamics of gender and race; and, tensions between projects of rural development and efforts of post-conflict reconciliation. He has also conducted analysis of State discourses and practices of government in the context of the Colombian armed conflict. For his masters at King's College London, he completed fieldwork in Jordan, exploring how practices of humanitarian assistance govern and organise local subjectivities. 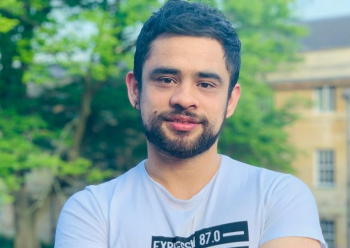