His interests converge around two broad areas: the politics of global connectivities, and modes of reasoning about order, power and governance. An edited volume that begins to bring them together is forthcoming in 2019 under the title Imaginaries of Connectivity: the making of novel spaces of governance (Rowman and Littlefield). He is a strong believer on the importance of allowing an attitude of wondering to guide research initiatives, and privileges historical epistemology as a style of investigation.

His current project explores the historical epistemologies underlying the making of globality in XVI C Europe with an emphasis on the creation of the Spanish Empire. It focuses on four themes investigated through practices of discovery and governance in the Americas. First, the shift in the understanding of ideas of novelty and innovation which break away from classical Horacian and Ciceronian conceptions of discovery. Second, the idea and conception of globe that derives from Magellan/Elcano’s circumnavigation and the Treaty of Zaragoza of 1529 around which the so-called second nomos of the earth has been conceived. Third, the establishment of the trans-Atlantic and trans-Pacific trade circuits –Carrera de Indias and Galeon de Manila-, and the creation of the first modern global financial circuit between Seville and Beijing, via Mexico, through silver exchange. And fourthly, the emergence of the idea of globality as a connectivity effect that transformed predominantly landed understandings of space based on geopolitical, biopolitical, and economic transformations that exceeded cosmographical knowledge of the time.

He currently supervises five doctoral projects: The role of decadence and scandal in international politics (Ana Flamind), The politics of knowledge formation around the XVII C. Safavid and French Diplomatic Envoys to Siam (Anahita Arian), The EU’s geopolitics of soil (Maarten Meijer), Posthumanism and development in the Anthropocene (Agnese Bellina), and, together with Onno van Nijf –chair of Ancient History at Groningen-, Carving Communities in Stone: inscriptions as medium of early Hellenistic globalisation (Sjouke Kamphorst). 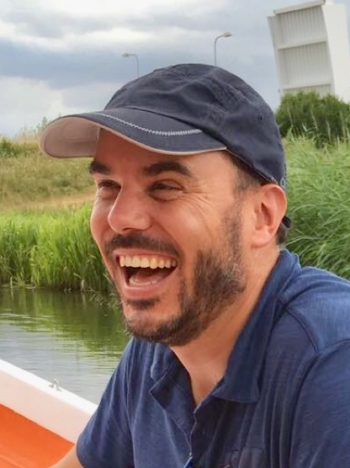