Marcia Rangel Candido is a PhD candidate in Political Science at the Institute of Social and Political Studies of the State University of Rio de Janeiro (IESP-UERJ) and fellow of the Institute of Democracy and Democratization of Communication (CAPES/Brazil-INCT). From October 2018 to March 2019 she is a visiting scholar at the Department of Sociology of the University of Cambridge.

Marcia is an associate researcher at the Laboratory of Media Studies and Public Sphere (LEMEP), as well as sub-coordinator of research at the Observatory of Social Sciences (OCS) and the Group for Multidisciplinary Affirmative Action Studies (GEMAA), all based at IESP-UERJ. She was a visiting researcher at the University of Coimbra (UC), the National University of Cuyo (UNCuyo) and the National University of San Martín (UNSAM), respectively in Portugal and Argentina. In the publishing area, she was an assistant to DADOS - Revista de Ciências Sociais and is the chief editor of the website Horizontes ao Sul. She works mainly in three areas of study, with special attention to inequalities in gender, race and geographic region: (1) production and circulation of knowledge in political science and sociology; (2) media and politics; and (3) Brazilian cinema. 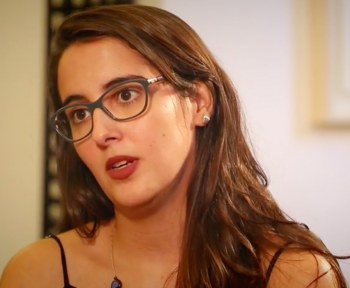