Dr Choudhury is the Jeremy Haworth Research Fellow at St Catharine’s College, University of Cambridge, and Social Sciences and Humanities Research Council Fellow at the University of Toronto Faculty of Law. His work sits at the intersection of socio-legal studies, legal pluralism, economic development, and the rule of law. His research explores the fragmented and plural forms of order that exist within the state, alongside the state, and beyond the state. His current research looks at the role of professional associations in providing normative order in fragile settings. He has received various grants to explore issues of social and legal ordering, economic regulation, and social networks, including a project supported by the Government of the Netherlands on the distributional effects of property reforms in Kabul’s peri-urban spaces. Nafay completed his PhD at King’s College London where he undertook an ethnographic study of Afghanistan’s money exchangers to understand the interaction of state and nonstate legal systems in the production of legal order.

Nafay was a Research Fellow for the Institute for Global Law and Policy at Harvard Law School from 2019-2021, where he is now an Affiliate Scholar. He is Senior Research Fellow at the Afghan Institute for Strategic Studies. He was previously a Postdoctoral Fellow at Stanford Law School for the Afghanistan Legal Education Project, concurrently serving as Assistant Professor of Law at the American University of Afghanistan where he helped launch the country’s first English-medium law program. He has been a Visiting Research Scholar at the Max Planck Institute for Comparative and International Private Law in Hamburg, and a Researcher for the Center for Islamic Legislation and Ethics in Doha. Since 2012, he has worked as a consultant on law and development projects in Afghanistan, Bangladesh, Egypt, Jordan, and Malaysia. He also holds a JD/BCL (McGill), MA (Queen’s, Canada) in economics, and BA (McGill) in economics. Nafay is fluent in French, Arabic, and Dari (Afghan Farsi). He is an avid home cook.

Nafay’s writings have been awarded the Graduate Student Paper Prize by the Law and Society Association and the Trandafir Writing Competition Award from the Transnational Law & Contemporary Problems journal. His opinion pieces have been published in Foreign Policy, The Hill, and The Diplomat. 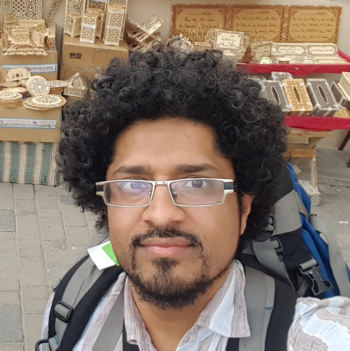