Sujit Sivasundaram is Reader in World History in the Faculty of History, Director of the Centre of South Asian Studies, and Fellow of Gonville and Caius College, at the University of Cambridge.

Dr. Sivasundaram has worked primarily on the late-eighteenth and early-nineteenth centuries in the Indian and Pacific oceans, with a special emphasis on South and Southeast Asia and Polynesia. His research is thus grounded in two separate regions set apart from each other by about eight thousand miles. He has worked thematically on the intersection of empires and globalisation with the environment, culture, technology, anthropology, science and medicine. He has published edited work on primary sources in the history of race. His writings have intervened in maritime and oceanic history. Through separate research projects he is developing methods for world histories alongside and within 'area studies', to help reconsider processes of bordering - e.g. by focusing on islands (and the phenomenon of 'islanding'). His earlier work on Christian missionaries and scientific knowledge has led on to a focus on material culture - and in particular the layering of different materialities (e.g. oral/print, genealogical/historical) in the rise of History as a world discipline. He has also worked on the complex of the human and animal in colonial contexts (e.g. elephants, 'wolf children').

Dr. Sivasundaram was born and educated in Sri Lanka (in 'Sinhala medium' until 1992) and came to Cambridge in 1994 to study engineering and then natural sciences and history and philosophy of science. In 2008-10 he taught at the London School of Economics in South Asian and Imperial History. In 2012 he was awarded a Philip Leverhulme Prize for History. He has been a Visiting Professor at the Ecole des Hautes Etudes en Sciences Sociales (EHESS), Paris; a Visiting Senior Research Fellow at the Asia Research Institute of the National University of Singapore and the University of Sydney. He was the Sackler Caird Fellow, 2015-17, at the National Maritime Museum, Greenwich. He is a Councillor of the Royal Historical Society. 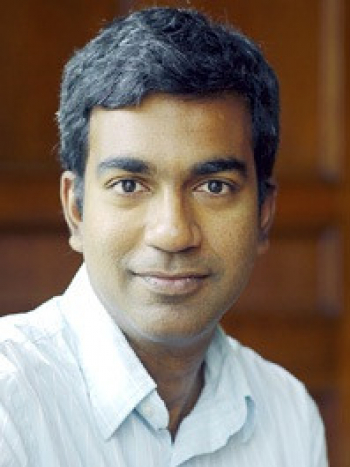