He took his degree in Political Sciences at the University of Bologna (1990) and has been collaborating for many years with the scientific and teaching activities (social sciences and philosophy) of the Fondazione San Carlo (Modena) and of its International School of High Studies in “Science of culture” (1989-1997). He was employed as social worker in a social co-operative, working with adolescent drop-outs (1996-1998).

His research deals with interaction among policies, institutions and social practices and is conducted on different empirical grounds: labour, unemployment and vulnerability, activation policies, urban transformations, culture and city policies, research and policy bases. In recent years this research has focused mainly on the theme of the cognitive/informational bases of policies and on the effects of inclusion or exclusion of social actors in production processes of these same bases. The concept of capacity (capability, critical capacities of actors, capacity to aspire) is the perspective in which these research interests are developed. These various areas of research can be summarised into a fundamental interest in the "social bases of democracy." 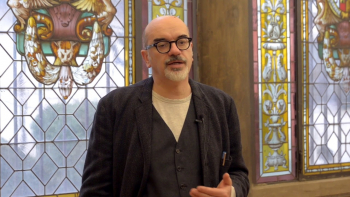