We are delighted to announce the publication of Invisible Labour in Modern Science, co-edited by Jenny Bangham, Xan Chacko, and Judith Kaplan, in our Global Epistemics book series with Rowman & Littlefield (2022).

Invisible Labour in Modern Science is about the people who are concealed, eclipsed, or anonymised in accounts of scientific research. Many scientific workers—including translators, activists, archivists, technicians, curators, and ethics review boards—are absent in publications and omitted from stories of discovery. Scientific reports are often held to ideals of transparency, yet they are the result of careful judgments about what (and what not) to reveal. Professional scientists are often celebrated, yet they are expected to uphold principles of ‘objective’ self-denial. The emerging and leading scholars writing in this book negotiate such silences and omissions to reveal how invisibilitieshave shaped twentieth and twenty-first century science.

Invisibility can be unjust; it can also be powerful. What is invisible to whom, and when does this matter? How do power structures built on hierarchies of race, gender, class and nation frame what can be seen? And for those observing science: When does the recovery of the ‘invisible’ serve social justice and when does it invade privacy? Tackling head-on the silences and dilemmas that can haunt historians, this book transforms invisibility into a guide for exploring the moral sensibilities and politics of science and its history.

What do we not see? A lot! Invisible Labour in Modern Science brilliantly uncovers the layers of global infrastructures of people, power, process, and practices behind the production of science. Rich, expansive, detailed, and nuanced, this is an invaluable collection.
— Banu Subramaniam, University of Massachusetts, Amherst

Many sorts of people are involved in making scientific knowledge; only a few appear as its authors. Invisible Labour in Modern Science is a wide-ranging collective effort to draw attention to those many and to say why their work has attracted so little notice.
— Steven Shapin, Franklin L. Ford Research Professor of the History of Science, Harvard University

The history of modernity is often told as a fable about the triumph of vision enabled by science. This collection rewrites that familiar story as a parable about invisibility. By shadowing the various forms of labor that mediate between the seen and the unseen, the authors draw out the many scales, techniques, uses, abuses, and essences of invisibility haunting both science and the history of science.
— Projit Bihari Mukharji, professor of history of science, University of Pennsylvania

Commentary: Sabine Clarke: People and the processes of erasure

1. Julia Rodriguez: Under the Mexican sun: Zelia Nuttall and eclipses in Americanist anthropology

5. Alexandra Noi: The ex-prisoners of Gulag in the Siberian Expeditions

6. Laura Stark: The bureaucratic ethic and the spirit of bio-capitalism

7. Elise Burton: ‘They Say They Are Kurds’: informants and identity work at the Iranian Pasteur Institute

19. Caitlin Wylie: Invisibility as a mechanism of social ordering: How scientists and technicians divide power

22. Boris Jardine: Turing, or: an exhibition should not mean but be

About the Editors and Contributors 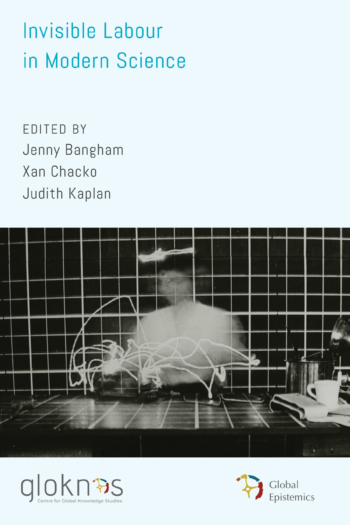