David Edgerton is the Hans Rausing Professor of the History of Science and Technology and Professor of Modern British History at King's College London. He graduated from St John’s College Oxford and Imperial College London. After teaching at the University of Manchester he became the founding director of the Centre for the History of Science, Technology and Medicine at Imperial College London (1993-2003) where he was also Hans Rausing Professor. He joined the History department with the Centre on its transfer to King’s in August 2013. He was a Leverhulme Trust Major Research Fellow, 2006-2009, and gave the 2009 Wilkins-Bernal-Medawar Prize Lecture at the Royal Society.

David Edgerton is known for challenging the welfarism and declinism of much of the older historiography of twentieth-century Britain and for developing the concepts of the British warfare state and liberal militarism. He is also known for a new approach to the histories of science and technology focussing on the asking of historical questions and avoiding the innovation and academic-centric accounts derived from the discourses of interested parties and which opens up the possibility of fresh material histories of modernity. His The Shock of the Old: Technology and Global History since 1900 (Profile, 2006) is available in French, Spanish, Korean, and Chinese translation. His The Rise and Fall of the British Nation: a twentieth-century history was published by Allen Lane in June 2018. 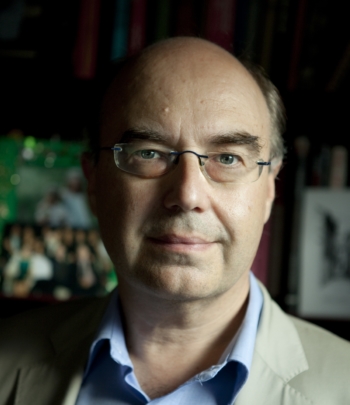