Shadi Bartsch-Zimmer is the Director of the Stevanovich Institute on the Formation of Knowledge at the University of Chicago, the Helen A. Regenstein Distinguished Service Professor of Classics and the Program in Gender Studies. She received her Ph.D. at the University of California, Berkeley in 1992 and specializes in Neronian literature, Seneca the Younger, History of Classical Rhetoric, the Ancient Novel, and the Classics in Modern China. Her recent books include: Persius: A Study in Food, Philosophy, and the Figural (2015), for which she received the Charles J. Goodwin Award of Merit in 2016, Cambridge Companion to Seneca, ed. with A. Schiesaro (2015), and The Mirror of the Self: Sexuality, Self-Knowledge, and the Gaze in the Early Roman Empire (2006).

In 2015, Prof. Bartsch-Zimmer was appointed the Founding Director of the Stevanovich Institute on the Formation of Knowledge. In this role, she is responsible for setting and running its academic program, which stretches across divisions and supports the research of faculty, post-doctoral fellows, and graduate students. The Director’s vision is key to organizing the many innovative interests and questions of the Institute’s scholarly community. It is also her responsibility to further the fundamental goals of the Institute, such as encouraging the porosity of disciplinary and divisional boundaries and conducting research with the potential to impact the world outside the academy. 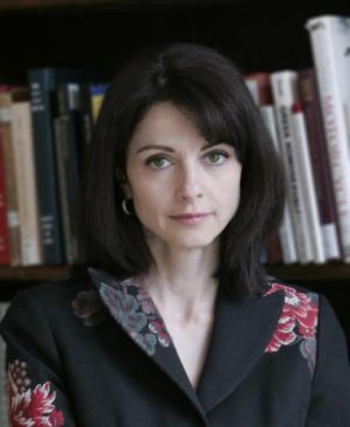