'The Global as ARTEFACT: Understanding the Patterns of Global Political History Through an Anthropology of Knowledge – The Case of Agriculture in Four Global Systems from the Neolithic to the Present' (2017 - 2023)

ARTEFACT is a 5+ year project, led by Dr. Inanna Hamati-Ataya, that aims to offer a novel understanding and theorisation of ‘the global’ by examining the constitution and transformation of global political structures from the anthropological perspective of humankind’s epistemic development.

To do so it takes as a case-study the emergence and diffusion of four major global agricultural revolutions of the ancient, medieval, modern, and contemporary eras, focusing on the patterns and pathways characterising the co-constitution and co-evolution of global and international socio-political and epistemic structures and processes in each of, and across, these major historical configurations.

ARTEFACT also aims to create an academic-institutional space for the development of ‘Global Epistemics’ as a cross-disciplinary field of theoretical and empirical inquiry, concerned with the global production, diffusion, exchange, and use of human knowledges across their different cultural configurations and ideational-material manifestations.

The Centre for Global Knowledge Studies (gloknos) was specifically established to serve this wider mission. While gloknos was originally conceived as one of the major outputs of the ARTEFACT project, it now provides an overarching institutional structure within which research conducted within ARTEFACT is brought into fruitful conversations with other projects carried out by, or in collaboration with, gloknos partners and associate members.

ARTEFACT is funded by the European Research Council under the European Union’s Horizon 2020 Framework Programme for Research and Innovation (ERC grant agreement no. 724451).

ARTEFACT adopts a deep-historical, anthropological approach to the emergence and transformation of global political systems or ‘world-systems’, focusing specifically on how the development and diffusion of human knowledges have affected global socio-political structures and processes.

‘Knowledge’ is here understood as the sustainable and transmittable stock of collective representations, technologies, techniques, practices, and skills of social and material organisation, production, reproduction, and control that human collectives develop in response to challenges arising from their natural and social environments. From this perspective, ARTEFACT is interested in how different epistemic configurations come into existence and diffuse (or not) across socio-cultural and socio-geographical areas, and with what effects in terms of short- and long-term socio-political structures and processes. The focus is very much on processual phenomena of (co)constitution/(co)evolution and global connectivity.

In terms of temporal scope and scale, the project is dedicated to a deep-historical and ‘big’ anthropological approach that would capture general evolutionary patterns of our species’ epistemic development and transformation across cultural areas in different socio-economic and natural environments/conditions. The anthropological perspective is therefore combined with a global deep-historical approach that goes back to knowledges predating the emergence of writing technologies. Simultaneously, the project goes beyond the formal and contemporary classifications of knowledge that segregate scientific from non-scientific, and theoretical from praxical/empirical/indigenous knowledges. The anthropological perspective aims to capture precisely the way that epistemic innovations transmute – spatially, intellectually, and institutionally – into differently configured, and more or less ideationalised or materialised/embodied, systems of knowledge, that are ‘owned’ and ‘carried’ by more or less institutionalised collectivities (from manual workers and migrants to research institutions and multinational corporations).

The empirical ‘anchor’ of the project is agriculture, which provides a perfect case-study given its anthropological and historical scale, and its role in the socio-political and natural histories of humanity. The project draws on agricultural studies to conceptualise the evolutionary patterns of the transformation of agricultural systems in different regions of the world, and better track the diffusion of agricultural products (conceived as carriers of human knowledge), infrastructures, techniques, and practices across these regions and through time. This will be examined in conjunction with the constitution and transformation of socio-political and cultural structures, in four increasingly inclusive ‘global systems’ from Antiquity to the contemporary era, which will be subjected to a comparative analysis.

The four epistemic-political global configurations that will be examined are:

In each of these four work packages, analysis will focus on the relevant agriculture-related knowledge-systems and epistemic objects of that era (from the first writing and mathematical technologies and agricultural techniques of Antiquity to the medical, agronomic, and genetic advances of contemporary science, as well as local and traveling indigenous knowledges of farming communities). The constitution, evolution, and diffusion of these epistemic objects and configurations will be investigated in relation to the structures and processes of global connectivity characteristic of each period and global system (trade, slavery, migrations, war/empire, religious missions, translation movements, networks of learning, scientific travels and cooperation, etc.). 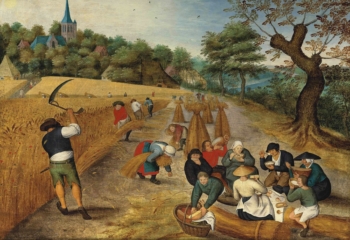