From Epistemicide to Global Knowledge: Reconstructing a Decolonised Academy

In April 2015, the Cecil Rhodes statue was removed from the campus of Cape Town University as a result of the #RhodesMustFall campaign. As we enter the 2020s, the question of whether – or how – to decolonize the Academy is as relevant as ever. Are the main narratives and frameworks of our disciplines as objectively constructed as they should be? If so, why aren’t the female writers Enheduanna (23rd century BCE, the world’s first named writer) or Murasaki Shikibu (11th century, the world’s first novelist) as much part of our common knowledge as Cervantes?

In this presentation, Herbjørnsrud will build upon Hajime Nakamura’s A Comparative History of Ideas, Ngũgĩ wa Thiongo’s Decolonising the Mind, Arthur O. Lovejoy’s “ideas are the most migratory things in the world”, and Annette Weiner’s “commitment to a global comparative perspective.” The aim is to go beyond ethnocentric and national narratives – as well as the ideas of “cultures” and “civilizations” – and move towards global epistemics.

The lecture will attempt to follow up on John Dunne’s “Why We Need a Global History of Thought” and its description of a “growing intellectual deficiency,” in addition to J. G. A. Pocock’s recent statement that the “beginnings of the ‘global’ critique are well known and may as well be accepted as common ground,” since our scholarship is “Eurocentric” and this “calls for reformation."

The visual presentation includes examples from the natural sciences, social sciences, and the humanities: from Maitreyi in the Upanishads via Zhuangzi, Al-Biruni, The Battle of Vienna, and Zera-Yacob of Ethiopia to Ida B. Wells, Einstein and Satyendra Nath Bose. Herbjørnsrud will try to describe some academic challenges that stem from the legacy of what he calls “the five 500-year fails”.

Dag Herbjørnsrud is a farmer from the north. He is also a global historian of ideas, an editor of the forthcoming issue on “Decolonizing the Academy” in the journal Cosmopolis (Brussels), and a founder of the Center for Global and Comparative History of Ideas (SGOKI). His journal article “Beyond decolonizing: global intellectual history and reconstruction of a comparative method” (Global Intellectual History, 2019) argues for a method based on the notions of complexity (context), connection, and comparison. Herbjørnsrud has written on women thinkers from the global south (Aeon), the ancient philosophy of Egypt (the American Philosophical Society), and the 4,000 years of African literature (Sciences Humaines). His books include Global Knowledge (2016, not translated).

Attendance is free but spaces are limited, so please email to reserve your seat. 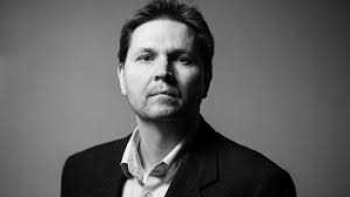