The View from the Land, 1947-1981: ‘Modernity’ in British Agriculture, Farm, Nation and Community

The rural landscape was perceived to be an important part of the nation’s cultural heritage after the Second World War. Studies within environmental history, social and cultural geography, landscape studies, literary and cultural studies are beginning to address the ways in which that landscape was/was not fitted for modern life during the period of post Second World War Reconstruction, and its potential value as an amenity preserved within the new National Parks and through wildlife conservation. But, less attention has been paid to date to the agricultural land sitting between the reservoirs and power stations, and over which motorways travelled and pylons passed in order to secure the new National Grid, as an equal and present part of rural modernity.

This paper will focus on ‘the well farmed functional landscape’ of arable acres (ADAS leaflet, Winter 1979), that were tasked after the Agriculture Act of 1947 with the project of increasing food production. Looking at publications from MAFF and ADAS, and the specialist farming press of the period (e.g. Farmer’s Weekly) – an archival holdings, if feasible – it will be argued that reconciliation between conservation and production was sought via what was represented as “modern” framing shaped by the same modern national identity seen in urban and commercial life, and celebrated at events such as the Festival of Britain. With a shortage of landscape architects, or provision of a standardised landscape evaluation map, ADAS field staff, for example, were required to evaluate local agricultural proposals through their own individual ‘simple human responses’ to the landscape, emotional, sensory, multifaceted and subjective. Yet, they were directed to see the functional aspects of farming expressed within new farm buildings – the health and welfare of livestock, efficiency of labour and ease of management – as expressions of ‘applied discipline’ of a type ‘the eye detects and appreciates’. This, with occasional briefs to recognise the modernity of the demands of farming for sites and buildings suited to contemporary agricultural techniques and machinery as an aesthetic in its own right, and attempts to propose preferred Colour Finishes with visual appeal for farm buildings, led the agricultural advisory literature to find visual satisfaction in the modern as expressed through function. By the time of the Wildlife and Countryside Act 1981, we see this aesthetic expressed via policy and practice, and attempts to harmonise vernacular structures, modern farming, wild life and the amenities of a countryside celebrated as the epitome of natural ’England’. Yet, it will be argued, the conceptualisation of ‘the well farmed functional landscape’ as inherently 'modern' also belonged to a much older aesthetic tradition and established appreciation of an agri-cultural landscape well-managed and well-farmed dating back to the period of the Agricultural Revolution grounded in arable practice, an expression of harmony through perfected planning and management of the Land and control of Nature.

Karen Sayer specialises in the study of British agriculture, landscape and environment in the 19th and 20th centuries. Her first monograph, Women of the Fields: Representations of Femininity in Nineteenth Century Rural Society (MUP 1995) used a discursive and interdisciplinary approach to assess the representation of women’s work in agriculture in Parliamentary Reports alongside art, literature and the press, to explain legislative intervention and control of their employment. She built on this work with her second monograph Country Cottages: A Cultural History (MUP, 2000). Drawing on the work of the social sciences, architecture and geography to scrutinise the values attached historically to the idea and material culture of the cottage, and the experiences of those who inhabited it, the book encompassed a spatial reading of the political and material effects of the rural idyll that impact at the level of national identity and ‘race’, class and sex. She has continued to address the shape of, values attaching to and understandings of the British landscape and environment, and experiences of those living in the countryside. Today she works on energy landscapes – e.g. with P. Brassley & J. Burchardt Transforming the countryside? The Electrification of Rural England 1890-1970 (Routledge, 2017) – the managed spaces of the farm, history of livestock agriculture and animal history.

Within the FIELD project, she addresses the tensions that beset the ‘modernisation’ of UK livestock farming after 1947 and the different, competing messages attaching to animal welfare and consumption, as seen in the use of the British countryside as site of amenity and site of production. This work incorporates ideas of animals as active agents of history, and is framed by notions of interconnectivity of farm, the farm animal, disease organisms, farmers, labourers, marketeers, sales reps, government officials, journalists and the non-farming public over time. 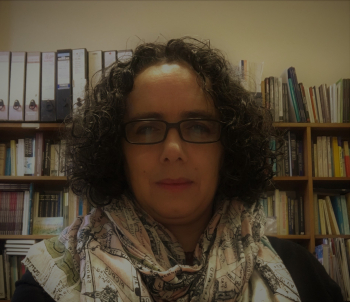