The popularity of the political philosopher Leo Strauss among a group of Chinese public-facing academics has been noted with bemusement in the West. This lecture takes a deeper look at just why it had to be Strauss. Part of the answer is that his relationship to antiquity resonated with a China no longer seeking to imitate the West; another part lies in his reading of Plato. The Chinese Straussians claim that their readings of western texts are not ideological because Strauss’s views cannot be boiled down to an 'ism', but of course their use of Strauss’s methodologies and political views would suggest otherwise. In keeping so high a public profile, however, these neo-Straussians undermine the very tensions they claim to expose, suggesting that the overarching rationale for their writings is pro-Xi nationalism.

Shadi Bartsch is the founding Director of the Stevanovich Institute on the Formation of Knowledge at the University of Chicago, and the Helen A. Regenstein Distinguished Service Professor of Classics. She has authored and edited some twelve books on ancient literature, politics, and culture in the early Roman empire. Bartsch’s new translation of Vergil’s Aeneid is has just been issued by Random House, and her book on the contemporary Chinese reception of the classics is forthcoming from Princeton University Press in 2022. Bartsch has been a Guggenheim fellow, edits the journal KNOW, and has held visiting scholar positions in St. Andrews, Taipei, and Rome. 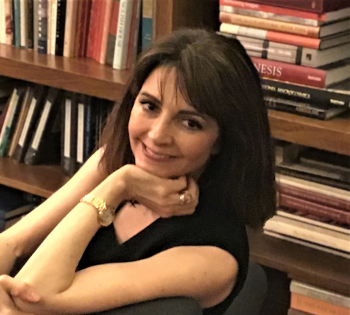